The recent wave of Armenian terrorist attacks, notwithstanding the language used in communiques or the political leanings of one group or another, is, at its heart, ethnic violence. The fundamental basis for the anger felt by its adherents is, by declaration, hundreds of years of injustice at the hands of many conquerors. The followings , in portraying the history of the Armenian people, presents a number of the events considered by chroniclers of "Armenia" to be salient ones.

Violence and anguish are not recent acquaintances of those who call themselves "Hayem"—Armenians. Waves of military and civil strife have recurred since the forebears of today's Armenians moved into and settled in what is now eastern Turkey. A prime reason for the recurring violence is the strategic location of the land claimed by Armenians, astride one of the key trade routes between Asia and Europe. The borders claimed by Armenian nationalist parties in the late nineteenth and early twentieth centuries encompassed all the territories that had been part of any Armenian state since the seventh century B.C. Thus, the nationalists arrived at a territory of some 620,000 square kilometers, from Kayseri to the Caspian Sea, and from Tiflis to Lake Urmia. The dimensions of the territory, and the delineation of borders, however, are belied by the history of the area. The "nation" of Armenia was unified only infrequently, and never controlled the entire claimed area at any one time. Although Armenians and their cultural ancestors are said to have inhabited the area of eastern Anatolia possibly as early as 3000 B.C., with the exception of the eighth, ninth, and tenth centuries A.D., the only independent Armenian nation-state was the short-lived one in the twentieth century. As a result of political and/or military actions, the borders of Armenia were frequently redrawn to account for the gains and losses in size resulting from annexations during more powerful periods, or the partitions and divisions imposed by conquerors. For most of its history, during which it maintained jurisdiction over land, Armenia was, in reality, a buffer state between the rival empires surrounding it.

Between the seventh and second centuries B.C., Armenia existed, for the most part, as a satrapy of the Persian Empire, paying tribute in the form of horses and warriors. Most Armenians engaged in agricultural pursuits, farming and raising animals.

In the second century B.C., two kingdoms, rivals to each other, declared their independence from the Persian Empire. In the reign of King Tigranes the Great, and without the domination of the Persians, Armenia opened itself to outside influences, chiefly ancient Greek. It is in this era that Armenia achieved its largest land area, becoming an empire that ruled from the Caspian Sea to the Mediterranean Ocean.

At the end of the era, the armies of the Roman Empire transformed Armenia into a Roman protectorate. The Parthian Dynasty of the Arsacids, with the right to receive tribute paid by Armenians, transformed Armenian society into a feudal model. The Arsacids introduced a new social class into Armenia, the nakharars—dependent upon the Arsacids for its existence—as the group through which the Armenian people were controlled.

Three events that occurred between the fourth and sixth centuries saved Armenia from being dismembered yet again by Persia and Byzantium: the conversion of the nation to Christianity, reportedly in 301 A .D .; the invention and promulgation of an alphabet; and nonparticipation in the Council of Chalcedon. The outcome of the conversion was a more politically homogeneous population more amenable to hewing to a central government's program. The invention of the alphabet by Mesrob Mashtots had a very similar outcome. The translation into the Armenian language of not only the Bible, but also cultural and political tracts resulted in a heightened homogeneity of views of Armenians toward others; Armenians simply did not integrate themselves into the surrounding Muslim societies. Finally, the absence of Armenian representatives from the Council of Chalcedon, while Armenian forces were preoccupied with battles against Persian forces, resulted in increased isolation of the Armenian people—considered schismatics by the remainder of the Christian world—resulting in an increased sense of a separate Armenian national identity.

Between the year 636 and the mid seventh century, control of the lands of the Armenians was assumed by Arabs. Armenians accepted this as a means toward ending the political tug of war between Byzantium and Persia played out again and again over the heads of the Armenian people. Further, the Arab Caliphate offered the former Armenian nation the possibility of remaining whole, as a province. This infighting among various Armenian groups, in repeated attempts to achieve greater power, was a hallmark of the period. This infighting was a precursor of the internecine strife of the twentieth century. Another hallmark of the era, and also one that continues to today, was the continual formation of alliances in an attempt to play off one powerful nation against another in order to remain free.

The period of the fifteenth and sixteenth centuries is considered to be the "Dark Ages" in Armenian history. Armenia fell to the Turkomans in the fifteenth century. From the sixteenth century until the mid-seventeenth century, the Ottomans and Persians fought each other for control of the strategic area that had been the Armenian nation. The treaty signed by the two in 1639 again partitioned the Armenian homeland, and people, into an Ottoman (western) part and a Persian (eastern) part. Eastern Armenia had already been depopulated by the Persian Shah in 1605 to reduce the supplies made available to Ottoman forces by Armenians, an irony in view of the events that would be perpetrated upon Armenians by Ottomans in three centuries. A severe recession, an outright economic collapse, befell the Armenian peoples in the Western, Ottoman portion of Armenia. What had been agricultural surpluses disappeared in the feeding of Ottoman armies. The effect of the loss of the surpluses was compounded by the near-total collapse of agricultural production, and by the appropriation of Armenian grazing lands by Turks and Kurds. Legally and culturally, the status of Armenians was reduced under the Ottomans to that of just another group of "infidels." This period was one of ever-increasing exploitation of Armenians, of an onerous tax burden, and the outright deprivation of civil rights. From a healthy, prosperous nation, the Armenian people were reduced to poverty and famine, confined to their villages by marauding tribes of nomads. Again, however, the character of the Armenian people served to carry them through a trying time, concentrating energy and attention on the family and the church. Among the various facets of the Armenian culture, it was the Armenian Church that took the lead during this period in preserving what was uniquely "Armenian."

Emigration of Armenians into the diaspora accelerated as a result of the continuing struggle over Armenian lands between Persia and the Ottomans. The talent of the Armenian people was evidenced even in an out-migration; a network of centers sprang up to help in resettlement, and to welcome Armenian refugees into communities of Armenians. These communities grew to such an extent that other nations actually competed for Armenians, especially those nations serving as financial centers.

As bad as living conditions had been for Armenians, the situation began to worsen beginning in the seventeenth century, a microcosm of the decline in the fortunes of the Ottoman Empire at the hands of the European powers. When the Ottoman Empire ceased to expand, when its forces' western movement ended in defeat in Vienna in 1683, a decline began that was aided in its acceleration by the European powers, primarily England, France, and Russia. Internally, the Ottomans turned on their minorities, including the Armenians, to take out their frustration and their mistrust, as well as to extract ever greater amounts of money in "taxes." By the nineteenth century, Turkey had become the proverbial "Sick Man of Europe," beset by external creditors and fearful of revenge by internal groups.

Ottoman concern over the loyalties of Armenians was not without foundation. Armenians took the Russian side in the Russian wars with Persia, providing scouts and volunteers for the Czarist armies. Persia surrendered eastern Armenia to Russia in 1828 as a result of the Treaty of Turkmanchai; Russia granted Armenians in Persia the right to return. A year later, Russia invaded western Armenia. The Treaty of Adrianople in 1829 brought an end to that conflict; however, 40,000 more Armenians emigrated to Russia. Following that, Russia annexed Persian Armenia. In all three of the conflicts, the propensity of Armenians to side with Russia became clearer. Whereas the outflow of Armenians and the consequent loss to the Ottoman Empire of Armenian acumen and industriousness had begun as a source of concern, by the nineteenth century the Ottoman government set about ridding itself of all Armenians.

Compounding the existing enmity between Turks and Armenians was the introduction into the Ottoman Empire of Western European thought. As early as 1853, Armenians organized and met in Paris with the goal of an Armenian nation removed from Turkey, Persia, and Russia. In one of the many ironies in Armenian history, Russia was the principal supporter of this effort. Armenian separatists' efforts in conjunction with Russia resulted, in 1878, in the Treaty of San Stefano; the treaty required the Ottoman government to agree to Russian protection of Christians in the Ottoman Empire. In addition, Russia was ceded much of the border region of eastern Anatolia.

Young Armenians, returned from attending European universities and filled with concern for social issues, drafted an Armenian national constitution which, oddly enough, was actually ratified by the Sultan in 1863. The constitution guaranteed Turkish Armenians cultural and religious autonomy, including the election of a Patriarch. After almost 500 years, Armenians again had a sense of identity as a "nation" when the Patriarch became the recognized representative of Turkish Armenians to the Ottoman Government. The accomplishments were to be short-lived, and culminated in a prolonged campaign of violence against Armenians at the end of the nineteenth century, carried out as an official act to systematically rid Ottoman Turkey of a perceived disloyal minority.

Despite centuries of oppression and subjugation by one nation after another, the hopes of the Armenian people for a better life had endured. Those hopes were not to be realized, however, in the near future. The factors that had given rise to the past problems—being astride a key East-West trade route; being Christians in a Moslem area; living in an area desired by other, more numerous peoples— continued to be factors in the mid nineteenth and early twentieth centuries. Whereas in the past it had been Persians and Romans who had been the conquerors and overseers, it now became Ottoman Turks. To the preexisting factors, however, was added a significant new one: the migration of Western political philosophy and ideals into Turkey in the nineteenth century concerned the Ottoman Turkish Government to the point that it increased its repressive measures considerably. 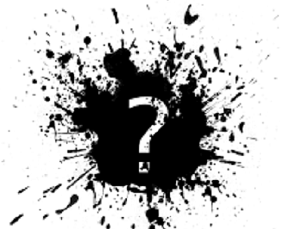 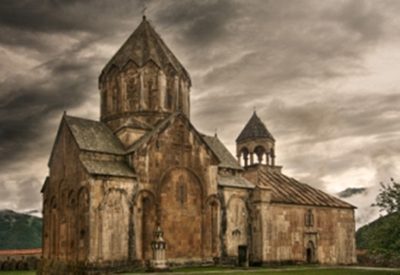 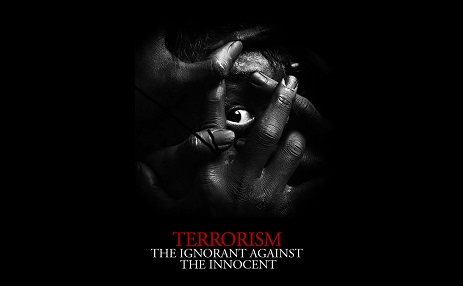 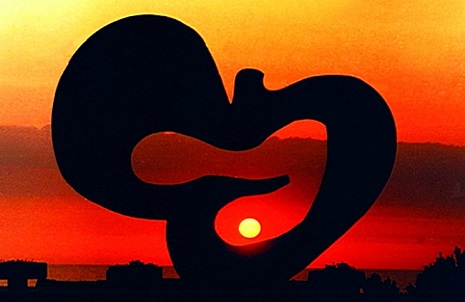 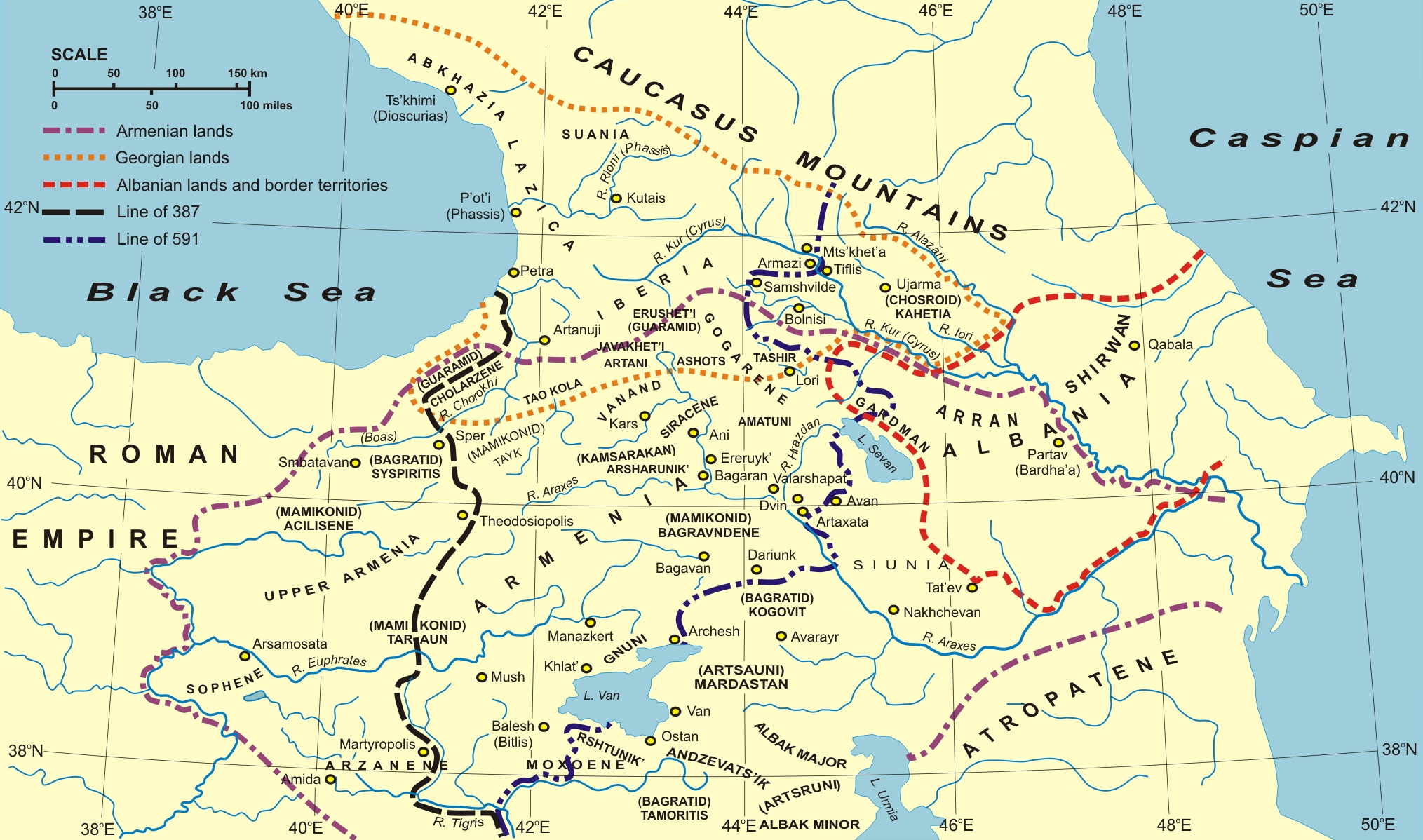 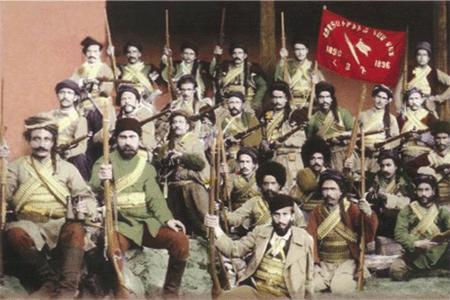 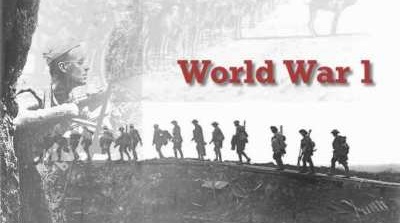